Hi, everyone. Aaron here for Zollotech and today
Apple released iOS 14.4.2 to the public. This is available to all
iOS 14 supported devices. So that means your iPhone S E iPhone
six S success plus all the way up to the iPhone 12 pro max. Now this particular update came in at
198.6 megabytes. That's on my iPhone, 12 pro, but it can vary
from device to device. It's usually around 200 megabytes.
It seems on other devices. And if you're not seeing the install, all you need to do is
go to your settings app, then go to general than software
update. And if you're not seeing it, then go to automatic updates,
turn off, download iOS updates, and then check again. Then you'll
be able to see it and install it. Now let's go ahead and take a look at
the build number and talk about what's new. Now, if you're on
iOS 14.5, beta five, and you're a developer
or public beta tester, you won't have this update
when you check for it.

Since you're on a newer version,
that's not yet released to the public. I'll talk more about
that a little bit later, but if you're on iOS 14.4.1 or earlier, you should have this update as it's
released around the world at the same time for everyone. Now, along with this
Apple also released iPad OS 14.4.2, as well as watchOS 7.3.3, And also even on older devices
today, they released iOS 12.5 0.2. So this is an iPhone 6. It's
available to an iPhone 5S for example. So if you have an iOS 12 supported device,
you'll have an update today as well. Now, as far as the build number,
let's go ahead and take a look. We'll go to settings and then
go to general then about, you can see the build number is 18 D
seven zero, and this particular update, when you have a point number and
then another one after that 14.4 0.2, it generally means it's a
smaller update with security updates.

So in this particular update, there
is no modem update. And there's also, unfortunately, no mention of any fixes
to things like green tint, for example. So green tint will be fixed in iOS
14.5. They're working on that issue. If you have a newer iPhone 12
series device, for example, and you were having issues
with that, it should be fixed. Also if you're having Bluetooth issues,
there's no mention of any fixes to that. Although it seems to be okay so far, it
will take some time to know for sure, but things like handoff are already
working fine and Bluetooth seems to be working okay with this update. But again, we'll have to see a few days later
to see if that's actually fixed. We're not sure yet at this
particular point, however, this is an important update because it
has security updates in it just like they did with iOS 14.4 0.1, for example, there's security updates in
this one specific to web kit, which is what's behind
Safari, for example.

So they patched something similar before. And the impact of this particular issue
that was fixed is processing maliciously crafted web content may lead to
universal cross site. Scripting. Apple is aware of a report that this
issue may have been actively exploited to fix it. It says the issue was addressed by
improved management of object lifetimes. So that's something that they've
actually addressed in this. And that's why they've
pushed it out to everything, including older devices as
well. However, at this point, there's no MacOS update at
this time or tvOS updates. So maybe we'll have one of those a little
bit later, but so far there isn't one. So as far as updates, that's what this particular update is all
about on the iPhone 12 pro that I have here, 11 pro max and my iPhone seven, but I wanted to talk about battery
and performance as well.

Now, when we're talking about battery life, it does take a few days
to know that for sure, since there are a lot of background
processes that need to finish and it takes time for that to happen to make sure
everything's done and processed. So battery life could be affected up
to that point, but after that's done, it should improve. Now with iOS 14.4.1, 54% or so of you in the YouTube community
pollcommented that it was the same or better than iOS 14.4. I would not expect battery to
change in this particular update. And I would expect those changes to be
more refined or fixed with iOS 14.5, but battery life, when you update does
not affect battery health with updates, it just rechecks it.

So
if this number went down, I wouldn't be surprised that just
rechecks the physical capability of the battery, and hopefully it's still
good, but it does go down over time. And 80% after two years is normal. So
I wouldn't worry too much about that. But performance wise, it seems to be
pretty good so far. It's nice and smooth, and it doesn't really matter
what device we're using, whether that be the 11 pro max.

And
while this is not an old device, there was a little bit of lag. The first time I scrolled there
while it's not an old device, performance should be about
the same as iOS 14.4 0.1. So closing apps, whether
that be music, for example, closing them should not really
be different than 14.4 0.1. But hopefully it is now as
far as iPad iOS 14.4 0.2. Well, again, I wouldn't expect too many
differences with this particular update, but so far it seems nice and smooth.
So if you're scrolling back and forth, or maybe you're just going into an
app like Minecraft, for example, we'll give it just a moment to load.
Since this is one of the oldest iPods.

I thought I'd show you performance on
this since it will carry across iPhones as well. So we'll wait for this, just a
moment to load and see what it's like. And we'll just create new to create new.
We'll get into it as fast as we can. We'll create. I don't
expect it to be super fast, but we'll give it just a moment here.
And now that the game is loaded, let's check the frame rates. 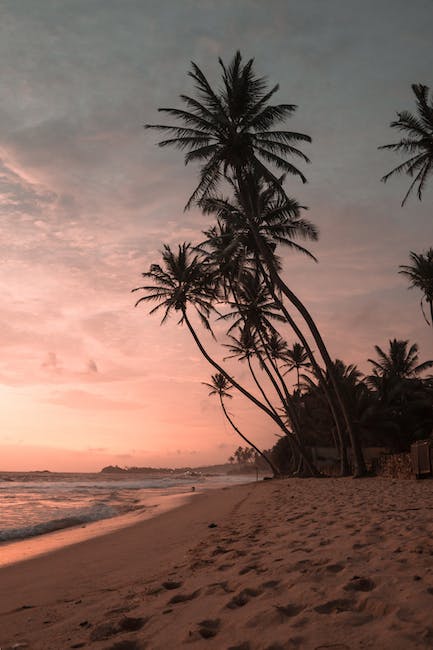 And if we
can get through this little tunnel here, there we go. We'll check the frame
rates and it seems to be working. Okay, no issues here. Nice and smooth. And
basically what you would expect from, from Minecraft on any device. So don't expect it to slow
down performance should be
about the same as far as that goes. Now let's take a look at the benchmarks
since a lot of you want to know about that.

And I did run this on geek
bench five. So as you can see, I scored 1,596 for single core, 4,010 for multi-core that's
on the iPhone 12 pro. Now the last time I ran, this was on
the previous update of 14.4 point. So the score is actually a little bit
higher this time for both single core and multi-core one point higher
for single core and about 20 points higher for multi-core.
So it's actually pretty good. Now let's take a look at all of these
devices so you can compare yours if that's what you'd like to do, we'll go to geek bench five on all
of them and from left to right.

I have the iPad air tomb in the
middle is the iPhone 11 pro max. And on the right is the iPhone 12 pro. So this should give you a general
idea if you have any of these devices, whether it be one of the oldest up to the
newest, what it should be like, these, just give you a general idea. And I do expect these to improve over
the next day or so when things are done processing, and that leads me to,
should you install iOS 14.4 0.2? Well, I would say if you're on 14.4 0.1, then absolutely it's worth
it for the security updates. You really shouldn't notice
too much of a difference, but we'll have to see in a few days when
I do a up on this or a few days later video, but in general, just
for that security update alone, I would install this. If you're
on one of the betas, for example, I would just continue using those as
those tend to include security fixes and other fixes that are not
included in these versions, but I would stay on 14.4 point to make
sure that you've got the latest security updates.

And that should be
really the best case scenario. If you're running this
as your daily device, I don't generally recommend
installing betas, for example, unless you really are not concerned
with having issues with your device. So hopefully this is very stable. And
again, we'll know for sure in a few days, but I would definitely install it
for those security updates. Now, as far as iOS 14.5 release candidate
and those particular updates, well based on, and that's the
first time I got a pop up there, but based on what we know
this particular month, it seems like we could have a
release candidate for iOS 14.5, as soon as next Tuesday, I believe
we're on a weekly cycle at this point, and we should see a release
candidate.

We could see beta six, but some people are saying to see an
event or we will see an event early in April. So if we do expect
it sometime around then, but at this point I would expect at
least release candidate or beta six, the following week here with a
public release in one to two weeks, if there is an Apple event in early
April, as some people are now saying, then we could see it as soon as the
sixth, for example, or the fifth. It just depends on when
we have that actual event, but either way expect of
new beta this coming week. And then of course we'll have more
videos about the overall use of 14.5 beta five, as well as iOS 14.4 0.2. So that's it for iOS 14.4 0.2.
Now this being a small update, obviously it doesn't have
a ton of changes in it.

And if you're looking
for those bigger changes, there will be some with iOS 14.5 when
that's released in a couple of weeks or a few weeks. And then also the big
changes are expected with iOS 15, which we'll see in June, normally that'll be released to developers
and beta testers around that time and then released to the public, usually around September
when we see the next iPhones. So that's the yearly cycle
of how Apple does that. So we'll be sure to look
for that. And of course, I'll keep you updated as soon
as we know in those. Now, if you'd like to get your
hands on the wallpaper, of course I'll link it in the
description like I normally do. And if you haven't subscribed
already, please subscribe.

And if you enjoyed the video,
please give it a like as always. Thanks for watching.
I'll see you next time..