Hey, wanna watch some anime? Good, because there's
a lot of it out there and lots of options to watch it with, many of those options
are of, shall we say, dubious legal merit, so
we're gonna skip those and stick with the services that definitely will not load malware onto every device you own. Let's dive in. (upbeat music) Now, as we're getting
started, don't forget that we're doing a big giveaway right now for a 55 inch 4K smart TV,
so hit the description below and check out the link there for that.

Also, big shout out to r/anime, the subreddit was a big help as I was getting started
researching this one. For this video, I want to to think of this as anime streaming 101. If you're new to this topic,
you'll learn a thing or two, if you're not, if you're already
a master streamer of anime, then you'll probably
know most of this stuff, but I want you to stick around
and check out the advise that I'm giving, and then hit
comments below when we're done to dispense any additional
wisdom you might have.

Now first up are the services you probably already have
honestly, Hulu and Netflix. Just like with the rest
of its content library, Netflix's anime strategy seems to be to get the rights to a well known property to get you in the door,
and then keep you there with some quality originals as well. In this case, Netflix is
the exclusive streaming home of Neon Genesis Evangelion, and their originals now include things like Seven Deadly Sins and
Knights of Sidonia, pretty good. Similarly, Hulu's library
might not be as deep as some of the more
specialized streaming services that we're gonna get
to, but it's still got a surprising amount, especially
after the deal they struck with Funimation last December, so now Hulu's got its own anime section, and it's the only place you'll find the immensely popular Cowboy
Bebop, and on top of all that, with both of these
services, they come with, well, Hulu and Netflix.

Like I said, you probably
already have these, so you can take advantage
of some good anime while you're at it, and
if you don't have them, you can get Hulu for 5.99 if you want to deal with
commercials, if you don't, it's 11.99, and Netflix
does have an 8.99 plan, but that's standard
def, nobody wants this, so get the HD plan for 12.99. – If Hulu and Netflix
are for the casual fan, then Funimation is for the
more serious anime obsessive. It's more narrowly focused for anime fans, it's got a deeper library than Hulu, tons of Dragon Ball content for instance, plus you get simulcast, so
you don't have to wait around for the next season of Fire Force to drop before you can watch
it with everybody else. 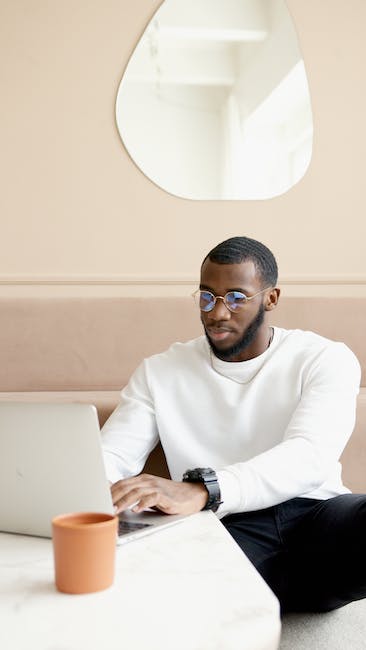 It's available on every
major streaming device, and so you won't have a problem
finding a place to watch it, there's a free ad-supported
version that you can go with, or you can go the 5.99 Premium route, this gives you ad-free
access to the full library, plus two simultaneous streams. If you go for the 7.99 Premium Plus plan, then you get five simultaneous
streams, and in that case, you get to download your
content to watch on the go. Crunchyroll is similar
to Funimation in that it's geared towards
serious anime devotees, it's slightly different though in that, while both services provide
both subbed and dubbed shows, Funimation holds a lot of exclusive rights to dubbed content while Crunchyroll is more of a destination for subbed stuff, plus Crunchyroll has got some
top-tier exclusives as well, like A Place Further than the
Universe, and Laid-Back Camp. Now, there is a lot of free stuff that is ad-supported of course, or you can 7.99 a month for
the Crunchyroll Premium, obviously that strips out the ads, you only get one simultaneous
stream for that though, 9.99 a month though is gonna
get you Crunchroll Premium plus VRV Premium, and
that brings us to VRV.

VRV, similarly to Crunchyroll,
is owned by Otter Media, which in turn is owned by WarnerMedia, this will be important a
little later in the video. Now VRV has it's own library
of originals like HarmonQuest, its kind of hybrid animated show, but the real appeal for VRV comes in the collection of properties, they've got Crunchyroll,
and Mondo, and HIDIVE, and Rooster Teeth, and
Boomerang, and lots more, so for 9.99 a month for VRV premium, you're pulling in a whole bunch of stuff, including that Crunchyroll content. So, that leaves us with the
question of what you should get. Well, if you dabble in
anime, then Hulu and Netflix might be quite good enough, they are good, but if you're an anime addict, or if you suspect you might become one, then you can get VRV for 10
bucks, Funimation for six bucks, that's 16 bucks a month for more anime than you could ever possibly consume if you're also a functioning and contributing member of society. – And one last note,
this is about HBO Max, we've talked about the
coming rollout of HBO Max, and we're not sure how this
gonna shake out for anime fans because Crunchyroll has been listed as part of the content lineup for HBO Max, parent company AT&T owns
both so that makes sense, but it also owns VRV, so will
the rest of VRV's content also be available on HBO Max, will Crunchyroll ever
be an HBO Max exclusive? As of now, we don't know the
answer to these questions or how this is all gonna fit together, so we're gonna have to keep an eye on it.

The Best VPN for Netflix 2020: Beat the Proxy Error for Good & Unblock All TV Shows and Movies